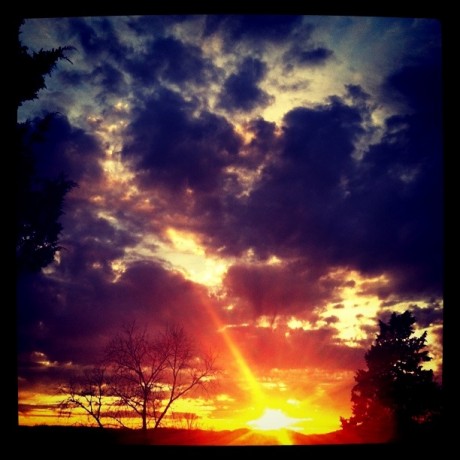 The Kingdom of God. We throw that phrase around a lot but I often wonder if we know what it means. And I’ll be honest, tackling this topic is daunting.

I had a professor in college who made us memorize this definition: the Kingdom of God is God’s rule in the hearts of His people. I think that definition fails to capture the majesty of the Kingdom. Even now I struggle to find words that seem fitting to describe what it really looks like.

It is powerful and grand yet also found in the beauty of simplicity.
It is the intricate web spun by a spider.
And the tallest building constructed by men.
It is the sound of a thousand voices joined in worship.
And the barely audible rustling of leaves in a calm breeze.
I see the Kingdom of God in the mountains.
I see it in the center of the city.
In the eyes of strangers and the smiles of friends.
I hear it in the laughter of children and love freely given.

Quite simply: the Kingdom of God is His presence. It is a Holy God choosing to dwell in the hearts and lives of unholy people. It is love. It is grace. It is relationship. That’s where it starts and that’s where it ends. In between is the Church.

This is the seventh post in a series of twenty. For more on the background, check out this post.