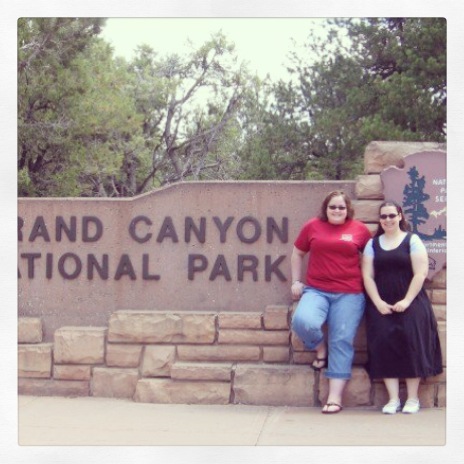 On the left – with my college roommate May 2007

I’ve always felt a bit silly talking about my health struggles. In the grand scheme of comparison there are people fighting much worse, much deadlier health battles. My health experiences may not have killed me physically, but they ushered in death of another kind. In sharing teeny tiny pieces of my healing story on social media recently,  I’ve been reminded I owe the story I’ve been given a voice. For while it has become common everyday life for me, it may impact others in a far greater way than I imagine.

If you’ve seen any photos of my from say five…six…seven years ago, and then today, you may be tempted to think this is a weight-loss story. But it’s not. It’s not a weigh-loss story or new diet story or get-skinny-so-I-love-my-body story. No, it’s a health story. A story of becoming a whole healthy person. So with that disclaimer, I begin.

IN THE BEGINNING
It hit me the day I realized that turning on and off the faucet had become a challenge. It was August of 2005 and I was preparing for my Sophomore year of college. I made an appointment with my doctor and it took him no more than a few minutes to refer me to a rheumatologist. A few weeks later, after much testing and countless questions, I was diagnosed with Rheumatoid Arthritis at the age of 20.

I started some medications and began adjusting to living with chronic pain. It wasn’t ideal, but it didn’t seem unbearable. If nothing else, I suddenly could relate in a whole different way to my aging grandmother’s who both suffer with various forms of arthritis and lupus.

Then came January. I’d returned to school in Milwaukee after visiting my family in Minnesota to spend the last two weeks of my Christmas vacation getting ready for another semester and put in overtime with my volunteer work. By the time classes started two weeks later I could hardly walk. I think back to those days and honestly I can’t recall what I felt. My memory of those days exists much more in isolated vivid moments than a whole picture.

I can remember sitting on the couch thinking to myself “I’m going to lift my foot off the ground” and not being able to do it. I can remember getting in my car and having to lift my feet in one at a time. I remember my roommate returning and not really understanding what I had tried explaining to her on the phone until she saw me literally have to crawl up the stairs, pulling myself hand-over-hand on the railing. I can remember telling my parents about it and them being equally confused until I went to Minnesota a few weeks later and couldn’t get into my dad’s truck.

One of my first phone calls was to my rheumatologist who tried to convince me I’d injured my back and pinched a nerve. I knew that wasn’t it. He fit me into his schedule immediately. And upon seeing me, immediately referred me to a specialist at the Medical College of Wisconsin. His blood tests had told him a lot of what I didn’t have, but not what I did have. The specialist was to do some more sophisticated testing including slicing a piece of muscle out of my thigh for testing. There was also a full-body CT scan and a mammogram to make sure I didn’t have cancer somewhere in my body. Yes, I had my first mammogram at the age of 20. The auto-immune arthritis I had been diagnosed with a few months earlier made me more susceptible to virtually anything else that could go wrong in one’s body so they were being thorough.

An already underway process to get a second opinion on my arthritis diagnosis at the Mayo Clinic in Rochester, MN was expedited, and a few weeks later I was on a plane to Minnesota in search of answers and relief.

The eventual diagnosis was given a different label by each of my doctors. One called it dermatomyositis. Another rheumatoid arthritis. And another a positive Jo-1 antibody inflammatory myopathy. All I knew was that I was in severe pain every day, had severe fatigue, and extreme weakness in my legs and upper arms. 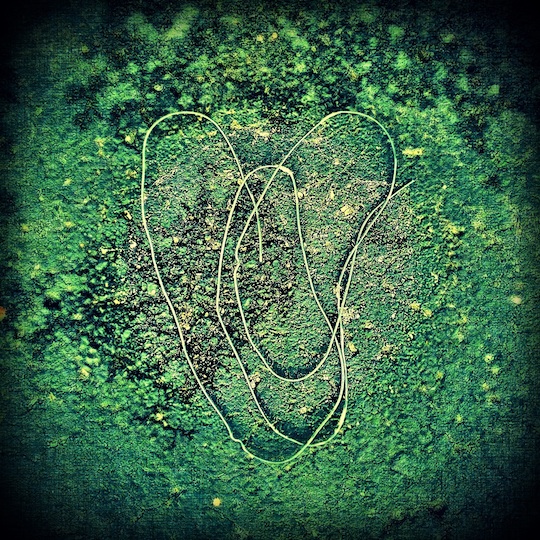 Love makes your soul crawl out from its hiding place. – Zora Neale Hurston

It’s true. Love really does make your soul come out of hiding. In the last 12 months I have known love of different sorts – friendly love, romantic love…even the unexplainable love of strangers. As I read this quote tonight, it put words to the season I’m in – my soul has come out of hiding.

And can I tell you? It’s an equally frightening & exhilarating place to be? The threat of hurt looms around every corner. A broken heart is one vulnerable moment away. But the freedom of being known is waiting on the other side of an honest confession. The opportunity for connection a conversation away.

Love wakes us up in a way that not much can. LOVE was what woke us up at the beginning of time, so it’s no wonder, is it? But, when we wake up…when our soul crawls timidly out of its hiding place in the darkness of fear & shame into the light of love, acceptance, & freedom, it’s a shock to our system. It will hurt. But I also have to believe that, if I see it through, I will discover a life unlike any I’ve known before. 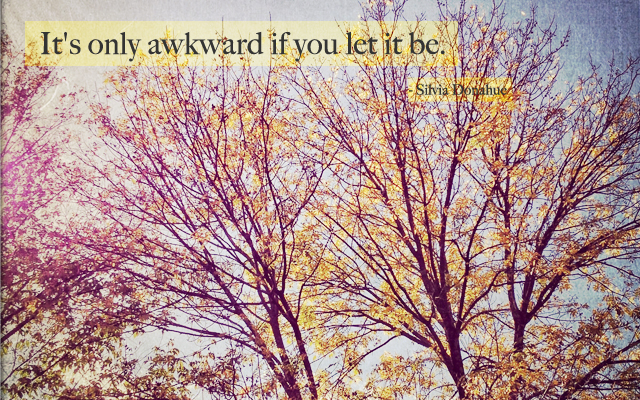 For most of my life I have tried to avoid awkwardness with all my might to avoid. And to be honest, I still don’t necessarily “like” it per se. I often wish there was another way. But, I’m discovering that sometimes the best catalyst for growth in relationships, in myself, & in creativity is awkward moments…sometimes even whole seasons of them.

There’s something about fighting through awkwardness that leaves me just a bit more confident, slightly more sure of who I was created to be. It’s as if I’ve passed a test & now I can certify myself in some new skill chipping away just a bit more at self doubt that likes to creep its way in.

Awkwardness is often the result of tension & discomfort – both of which, I believe, are core components of some of our greatest creative labor. It causes us to wrestle, to question, to redefine, to live the work our art requires before we can produce something to share with the world.

Chances are, I may never “like” awkwardness, but I’m trying to welcome it nonetheless. She may be a less than polite house guest – oftentimes arriving unannounced she seems to have an agenda of her own, but she earns her keep by doing her part in instigating growth.

Where have you seen awkwardness as a catalyst for growth in your life?

Do you ever have a conversation with a friend & walk away feeling like a year of your life has just flashed before your eyes? First in rewind & then in fast forward?

Those moments leave me trying to wrap my mind around all of it, but more than that they leave my heart completely overwhelmed with gratitude. Because most of the time, God uses those conversations to help me clearly see what He has been up to in my life. He uses a friend’s encouragement to make me fully aware of the healing & growth He has been orchestrating in my life; to help me realize that He has turned scabs into scars.

I’ve had several conversations like that over the past couple of weeks, and it’s got me reflecting on this post from last July. I wanted healing, not just relief, & I think I’ve found it.

But my pastor also pointed out something else that hit hard: Jesus let Lazarus die before he raised him. He could have healed from his sickness before he died. But He didn’t. You see, while God is the ultimate healer He is also in the business of restoration. And oftentimes that means death before new life. Resurrection simply cannot occur without death. It’s impossible. (full post here)

Even though the whole idea of death before life is still hard to swallow at times it also still gives me comfort. Comfort in the death knowing that new life is on the other side.
2285Commenthttp%3A%2F%2Fcautiouscreative.com%2F2012%2F03%2F18%2Fthrowback-sundays-another-kind-of-resurrection%2FThrowback+Sundays...Another+Kind+of+Resurrection2012-03-18+13%3A00%3A06Katiehttp%3A%2F%2Fcautiouscreative.com%2F%3Fp%3D2285 Throwback Sundays Share
alivedeathgrowth