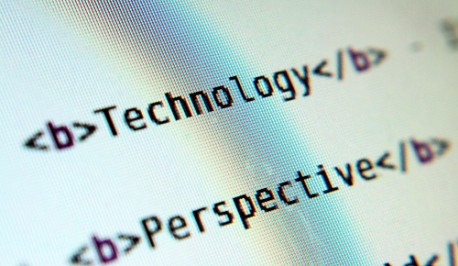 On Saturday I had lunch with a friend who I met because of a “mutual friend” on Facebook and a Facebook #fail.
Saturday night I went out with my roommates whom I found on Craigslist.
Sunday morning I went to church…a church that I call a home…a church that I ended up at because of a friendship that developed several states away via Twitter.

We can criticize all we want, and yes, we need to remember that technology and social media are simply tools. But, if we slow down enough to see it, at the heart of it all is people and relationships. That is why I love technology.

Why do you love technology?

I’ve worked with kids in some capacity for the last 7 years of my life. I remember the first time a child told me their birthday was something 2000 when I was volunteering with an inner city after school program. That was crazy to me then, and for some reason it still is a little bit. Those children were born into a world that I grew into.

The other day I was working with a couple of kids and we were acting out some imaginary story. I said something about them not being able to get their (imaginary) horse back because they didn’t know where I was. A little girl, 7, responded as she lifted her hand as if holding a small box like object “That’s okay, I’ve got my GPS, just give me your address and I’ll find you.” I laughed…hard. I don’t know about you, but I didn’t have even imaginary GPSs when I was a kid.

Last night around 10pm I saw a meteor/fireball type object fly through the sky as I was working outside on my patio. I tweeted about it because it was so amazing. It didn’t take long for someone to respond telling me they had also seen it…in a different state…and that they had read someone else who had seen it on Facebook and lived near where it landed. By this morning, less than 12 hours later, that meteor controls 7 pages of Google search results and has a Facebook fan page with nearly 1,000 fans last time I checked.

My point: I honestly wonder what kind of world my kids (if the Lord blesses me with some) will grow up in. Television is today’s “evil turn the mind to mush” medium…I wonder if it will even exist as we know it when my kids are growing up. The speed with which information can travel across cyberspace still amazes me, and I hope it always does. The speed with which technology is advancing still amazes me, and again, I hope it always does.

We’ve all seen those lists, right? You know you were born in the 70s if…or the 80s if…or the 90s if…and so on. Today, I’m wondering what that list will look like for my kids, for children born two generations from now.