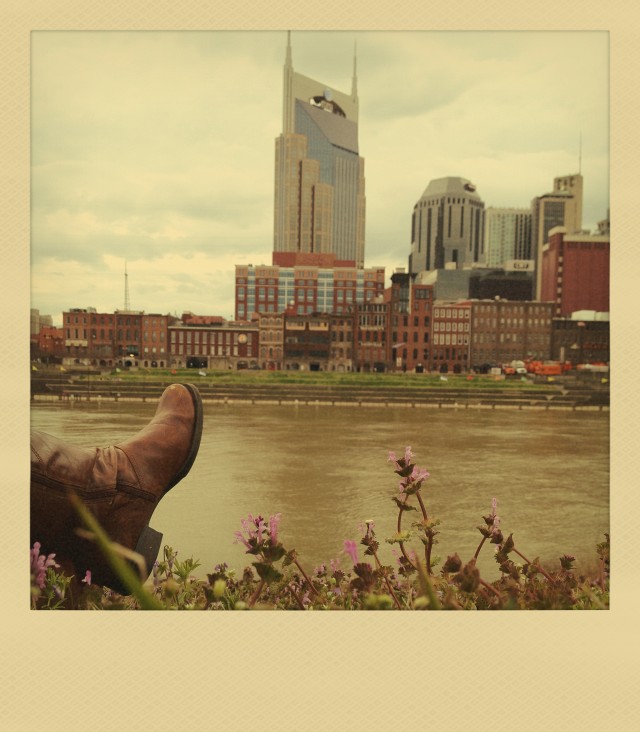 It was 2 years ago today. I was on the road somewhere between Indianapolis & Nashville. It was a cool but full of sunshine morning & my first mission after checking out of the Super 8 I’d stopped at around 12:30am the night before was to find a Starbucks. A few exits down the interstate with a Caramel Machiatto in hand & my soundtrack set I was ready for the drive to Nashville.

I was on mission “Take a Break from Appleton” & in the middle of wrestling about what to do with the my life. Would I stay at the church I was working at or leave? 6 weeks prior I had been in Nashville when God punched me in the gut with a stranger’s question which left me reeling as I realized I had been ignoring His still small voice for months now.

Truth be told, somewhere my head knew that it was time to move on & my heart knew it was no longer at home in Appleton, but the two hadn’t yet communicated with one another. That phone call or email or text message…whatever it was…came on I-65 somewhere south of Indy that morning. I don’t remember a lightening strike “ah ha” moment, but I know that when I arrived in Nashville later that day I told a friend I had come to peace with the decision to leave my job.

I was at the Nashville Public Library yesterday & was taken by this quote from Martin Luther King Jr. on the wall:

At last I’d found words that seemed to perfectly answer the question “why.” Why Nashville? Two years later I now know that it’s because a city wooed me. And a city can woo me because a city is a community. And the movement that has taken place in this community I know today is love. Love that encourages, supports, challenges, & ultimately inspires. If there’s a secret, I think that’s it. And for me, that secret has made all the difference.

I also discovered a challenge on Saturday at the library:

It’s pointless to discover the secret if it doesn’t move me to action. And the time for action isn’t when I go on a hunt for a new secret in a new city in another lifetime. No, the time is now. The place is here. If I’ve been inspired then I’d best do something with it.

“He has also set eternity in the hearts of men; yet they cannot fathom what God has done from beginning to end.” – Ecclesiastes 3:11

That passage has been sitting in my spirit for a couple of months now. It’s been sitting there because it gives me peace. It makes me feel a little less crazy. And it gives me patience to journey through the tension of every day life.

My heart knows that this is not it…that there is more than this life. It knows of a place of perfect beauty & worship & rest. And that place is home. My heart knows life in eternity because that’s what it was originally designed for. You see, if eternity is set in my heart, then at the end of the day the question isn’t whether or not I’m going to be restless. It’s a given.

The question is what am I going to do with it. Will I let it consume me? Let it hold me back? Will I give into its temptations to simply survive each day until it’s over? Or will I let the restlessness drive me close to the Father. Will I lean into Him for the peace only He can give – a peace that doesn’t eliminate the restlessness but makes it bearable? A peace that allows me to not just endure this life but to live awake on the journey.

Do you feel that restlessness? What do you do with it? 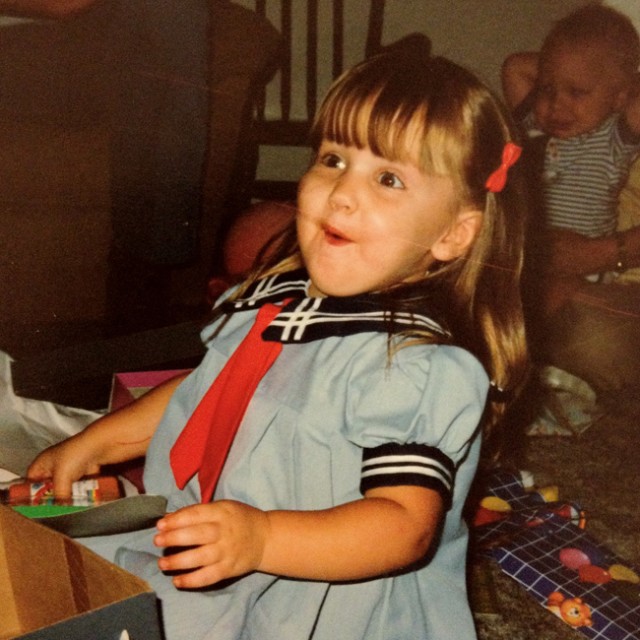 “The child inside you is not immature but quite in tune with life.” – Unknown

I’m not sure exactly how old I was in this picture…I’m going to guess it’s my 3rd Birthday. But that doesn’t so much matter. I want to discover this child inside…

Please don’t settle. Don’t settle for complacency. For simply surviving life.
Live it. Enjoy it. Savor it. Treasure it.
Anything less and you are cheating yourself.
Cheating yourself out of joy. Of experiences. Of memories. Of relationships. Of laughter. Of beauty.
And if you cheat yourself I believe you are cheating the world. Because the world won’t get all God created you to be if you’re settling.

. . .Give the rest of us the joy of seeing you come to life when talking about your dream.

That’s still my prayer for you…and for myself – don’t settle.

“It’s the oldest story in the world. One day you’re 17 & planning for someday. And then quietly, without you really noticing, someday is today. And then someday is yesterday. And this is your life.” – One Tree Hill

One Tree Hill. I started watching the show in high school & didn’t miss an episode. I think I even owned the first couple of seasons on DVD at one point in time. Yes, I realize you may be laughing right now because, after all, to many the show is a teen soap opera. And I’ll admit, some of the story lines did indeed seem a bit overdramatic.

But, as I watched the series finale of the show this week I was close to tears. Over a fictionalized television show. And it struck me: this is why we create, this is the power of art.

The characters may be fictional, but their stories, the experiences, the heartaches, the tears, the laughter, the celebration, it’s real. Or at least grounded in reality. Because I can tell stories from my own life that would mimic them.

That is the power of art – of the stories woven into art. That TV show was more than just a story to me. It was my story…part of my story. I felt like I grew up with those characters, like I could relate to them & like we would be instant friends should we ever get the chance to have a conversation.

Art highlights those things in life which draw us together, the similarities in our stories that cross all sorts of lines drawn by the differences.